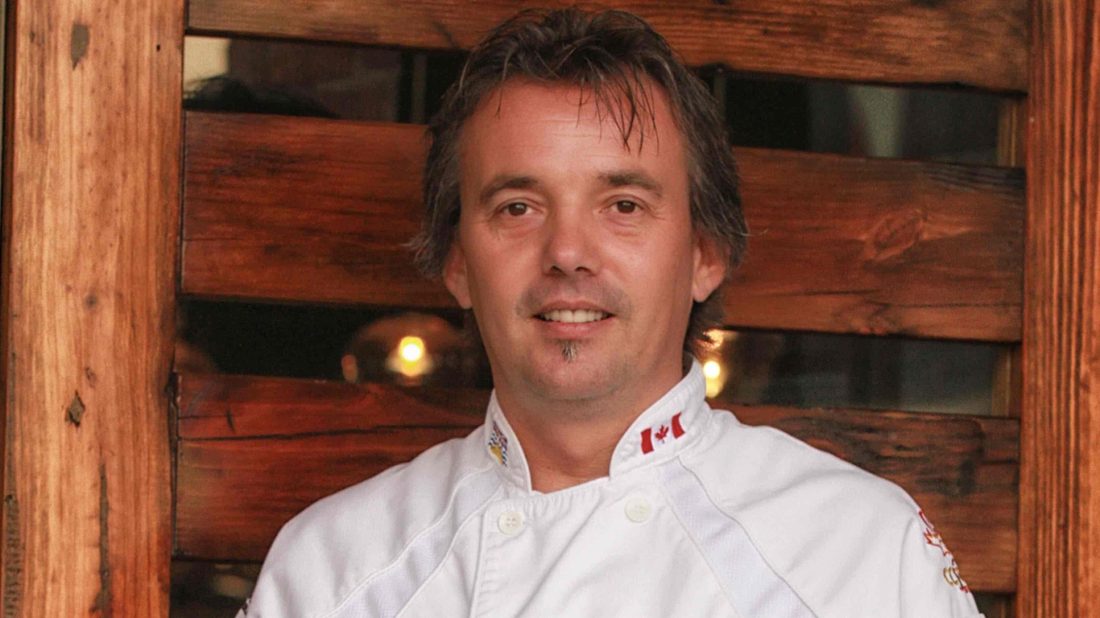 Okanagan College President Jim Hamilton said, “Much like the College, they are diverse, unique and represent a wide range of interests and communities.  We recognize them as Honorary Fellos for demonstrating excellence in their chosen fields and decades of service to the people of our region.”

Rod Butters is best known locally as one of Kelowna’s top chefs, but his reputation extends well beyond the Okanagan.  He is the chef and owner of both RauDZ Regional Table and micro bar & bites.  Butters’ career has taken him into the kitchens of the Four Season Hotel group including Toronto, Chateau Whistler, and Shangri-La Hong Kong, to name a few.  In 1996 he became Chef de Cuisine of the world famous Wickaninnish Inn of Tofino.  He relocated to Kelowna in 2000 to open the award-winning Fresco Restaurant and Lounge.  He was inducted into the BC Restaurant Hall of Fame in 2007 and the Canadian Chefs Federation Honour Society in 2013 for outstandin commitment to his profession.

Butters is credited with advancing the farm-to-table movement through his restaurants.  He is also heavily involved in a number of not-for-profit initiatives and supports the Kelowna Food Bank, Growing Chefs, and Nature’s Trust among others.  Butters is an active member of the Okanagan College culinary community – he serves as Chair of the Culinary Arts program advisory council and has mentored and hired numerous Okanagan College apprentices and Red Seal chefs.

Norm Embree is an entrepreneur and the former Chair of the Interior Health Authority Board of Directors as well as the Chair of the Board of Governors in the transition from Okanagan University College to Okanagan College. Embree began his career in securities and when he was 34 years old, he bought his family’s machining business from his father and became President and CEO. He eventually grew the company to have several million dollars in annual consolidated sales. He moved to Salmon Arm in the late 1990s and became involved in many not-for profits, serving as a Board Member for the Salmon Arm Economic Development Advisory Committee, OUC, Haney Heritage House, Shuswap Hospice Society, Nature Trust of BC, and the College of Pharmacists of BC.

Rick Pushor is a founding partner of Pushor Mitchell LLP, which is the largest law firm in B.C. outside of Vancouver. Until he retired in 213, Pushor’s preferred areas of practice were business formation, financing, restricting, acquisition, and share and asset transactions. He is a founding director of both the Rutland Rotary and Ogopogo Rotary Clubs as well as a past director of Pathways. Pushor has also had positions as the past president of the B.C. Curling Association and the B.C. Interior Junior Downhill Ski Association, and he was heavily involved in the Kelowna Minor Baseball Association.

Annette Sharkey acts as the Executive Director of the Social Planning Council of the North Okanagan and attended classes herself at the college’s Vernon campus. She went on to get a bachelor’s degree at the University of British Columbia and has worked in the not-for-profit sector since graduating, working with agencies like the RCMP, women’s centre, and immigrant services. She also advocated the Partners in Action model, which has brought more than $6 million in capital to the North Okanagan.