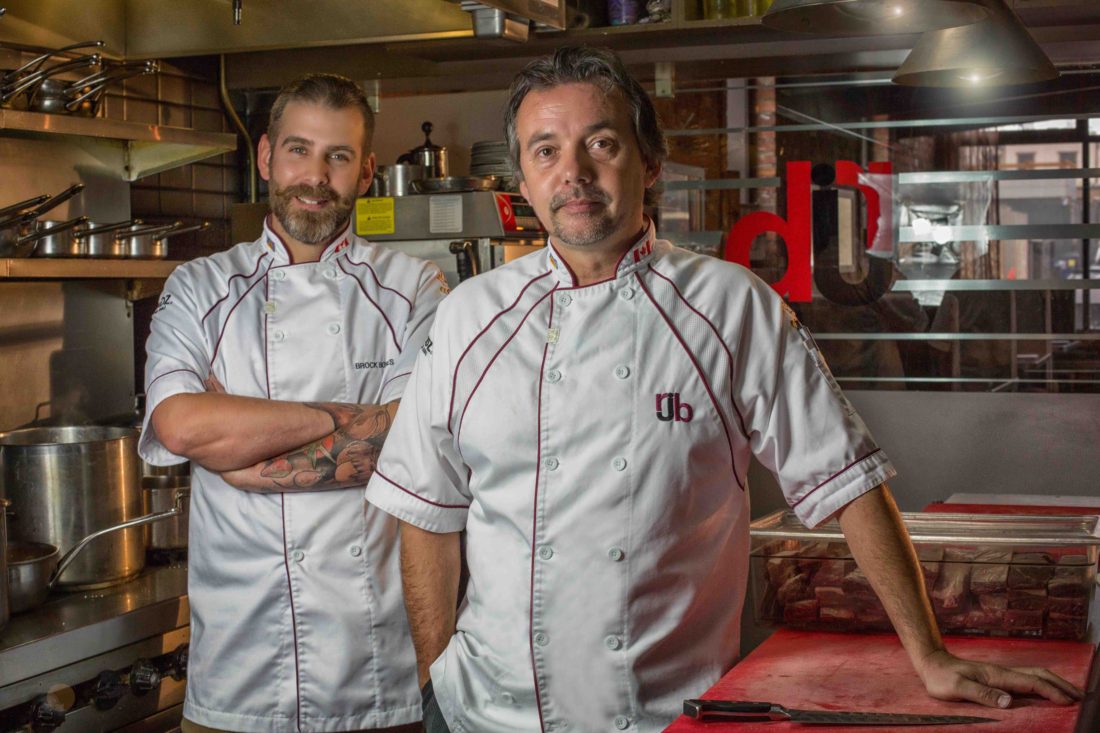 Top chefs from Vancouver and Kelowna are joining forces with The Nature Trust of BC to celebrate the gifts of nature in the Okanagan and support land conservation. The culinary showcase is part of Earth Wind Fire 2015 fundraiser set for this Saturday, June 20 at the Delta Grand Okanagan. 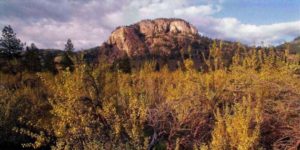 “I wouldn’t miss Earth Wind Fire; it’s my favourite event of the year and a cause that is relevant for all of us,” says award-winning Chef Rod Butters of Raudz Regional Table and Micro Bar & Bites. A leader in the farm-to-table moment, Butters focuses on fresh, regional cuisine with fun presentation.

Butters and his head chef Brock Bowes join a team of 19 of the BC finest chefs – all of whom are members of the Canadian Culinary Federation – as they offer a sampling of extraordinary dishes at Earth Wine Fire 2015.

The chef’s creations will be paired with Okanagan wines. Among those pouring include:

The evening opened with a bubbles and butterflies reception hosted by Summerhill Pyramid Winery with jazz music by Anna Jacyszyn.

Andy and Tj, radio’s first couple from 101.5 EZ Rock greeted the guest as the evening moved into a live auction event with Ken Kilcullen. Kincullen has spent over 30 years as a broadcaster and is currently General Manager for Bell Media, BC Interior overseeing 22 radio stations and two television stations throughout British Columbia, including the Kelowna stations; Sun FM, EZ Rock and AM 1150.

Auction highlights included a five-course dinner and tour of Culmina Family Estate Winery hosted by Don and Elaine Triggs. Each course will be prepared by Master Chef Chris Van Hooydonk of Backyard Farm to match the intricate flavours of Culmina’s wines. Guests will stay at Spirit Ridge Resort for one night with transportation from Culmina to Spirit Ridge return.

Also on the auction block was artwork by Okanagan artist Dorothy Tinning, a “Cast Out” at Duncanby Lodge, a four-day fishing trip in Rivers Inlet and return airfare from Vancouver, two-night romance packages at the Fairmont Hotel Vancouver and Delta Okanagan, a two-day excursion to Revelstoke Mountain Resort, and a three Okanagan adventure hosted by event co-chair Tom Kennedy.

The tour journeys through the Okanagan wine country to visit to the Nature Trust’s Antelope-brush conservation area with stops at the award-winning wineries and a two-night stay at Watermark Beach Resort located on the shores of Osoyoos Lake.

The event is part of the Nature Trust’s initiative to acquire critical habitat in the South Okanagan at the south end of Vaseux Lake (mid- way between Okanagan Falls and Oliver). Adjacent to The Nature Trust’s Antelope Brush Conservation Area, this multi-year project will create the largest private holding of antelope-brush in the South Okanagan (other than First Nations land). The Nature Trust is currently in the final phase of the project, raising funds to acquire the last piece of antelope-brush habitat to complete the holding.

The region is recognized as one of the four areas with the most endan- gered natural ecosystems in Canada and has one of the highest concentrations of species at risk. There are 20 species at risk currently known to occur on the property and at least 8 more species suspected to occur there. Most notably, this land supports greater than 50 per cent of the Canadian population of the Behr’s hairstreak butterfly. Other federally or provincially listed species at risk that are known to occur on the property include the American badger (jeffersonii subspecies), bighorn sheep, pallid bat, desert night snake, Great Basin spadefoot, and Lewis’s woodpecker.

By securing this property, at a cost of $1.6 million, the Nature Trust of British Columbia will be able to ensure both the protection of this critically important wildlife habitat and connectivity with other conservation areas. This in turn will provide greater opportunity for species to adapt to climate change.

Learn more about this project and the Nature Trust online at www.naturetrust.bc.ca.